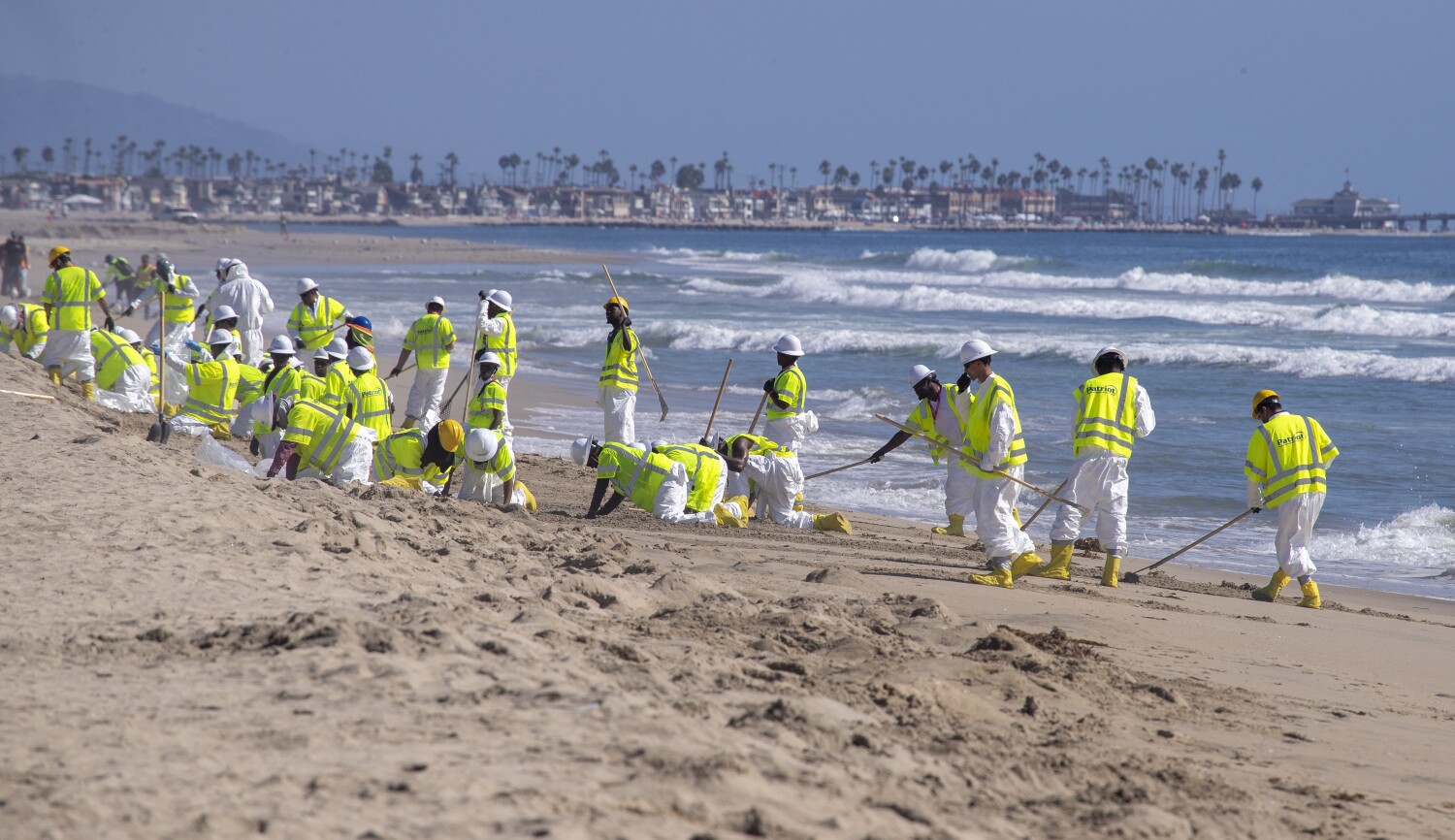 In a sign of progress in the Orange County oil spill, Huntington Beach city and state beaches reopened Monday morning as cleanup crews continued their work combing the shores for vestiges of oil and tar.

As of Sunday, officials said 5,400 gallons of oil have been collected from vessels and 250,000 pounds of oil debris have been cleaned from beaches and other areas.

“We understand the significance our beaches have on tourism, our economy and our overall livelihood here in Huntington Beach,” Mayor Kim Carr said in a statement. “It is important that our decision to reopen our shoreline and water be based on data and that we continue to monitor the water quality going forward.”

In the first few days after the spill, officials warned that up to 144,000 gallons of crude may have seeped out of the pipeline, which runs from a processing and production platform called Elly off the shore in Huntington Beach to the Port of Long Beach.

But later in the week, a U.S. Coast Guard official said the spill was probably smaller than initially projected, downgrading the leak to between 24,696 gallons and 131,000 gallons.

Authorities believe that a ship’s anchor scraped the pipeline and dragged it across the ocean floor.

The Coast Guard said Friday that the anchor strike probably occurred months ago, and possibly as long as a year ago. A slight crack in the pipeline may have grown worse over time, or may have survived the first strike intact but suffered damage in another incident, officials said.